On Monday I took part in my third Unbound literary event at the Tabernacle in Notting Hill, London. As always, it was a spirited 'bookslam' with a number of Unbound's authors pimping their books to an enthusiastic, supportive and wonderful audience. The evening was introduced by one of the publisher's founders, Mr John Mitchinson ... 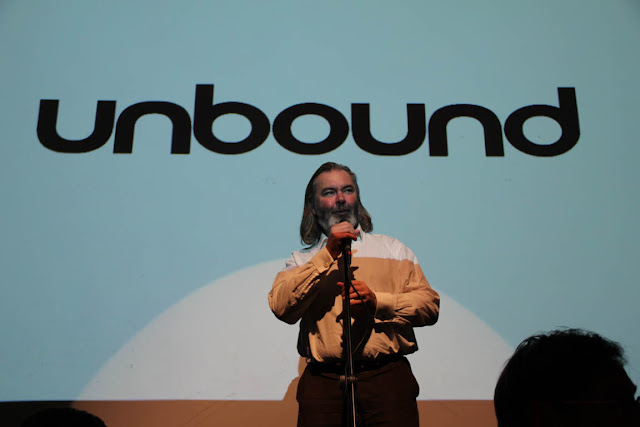 ... and he was followed by a succession of speakers, including myself. Here's the line-up, including a quick precis and hyperlinks to their books.

To kick the evening off, we had a great presentation by David Bramwell about his book The Number 9 Bus to Utopia in which he visits a number of communities around the world that believe that they have discovered a better way to live your life. 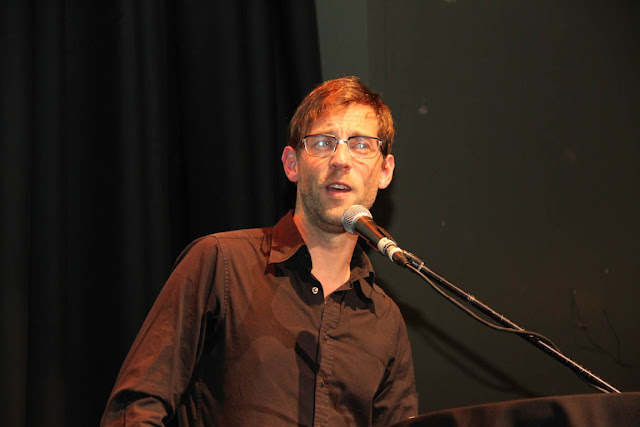 Next up was Robert Llewellyn talking about News from the Squares, his sequel to the hugely popular eco-friendly sci-fi novel News from Gardenia ... 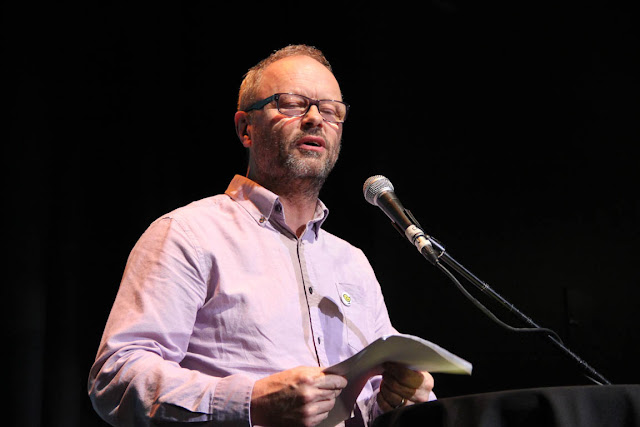 'Queen of Tarts' Tamasin Day-Lewis then tempted us to buy her new book Smart Tart by selling slices of a freshly made chocolate tart in return for pledges. Mitch could not resist ... 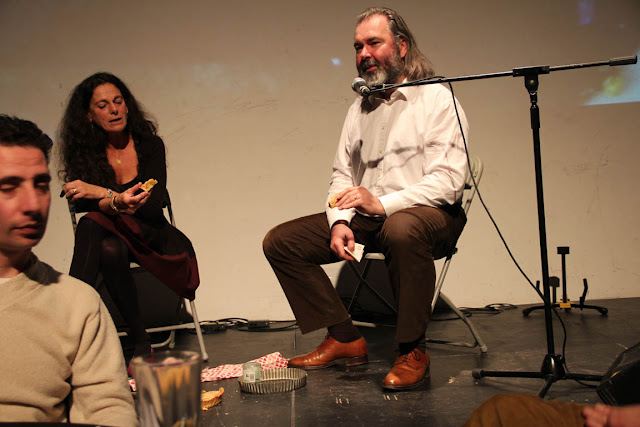 Up next was the always entertaining Keith Kahn-Harris talking about his 'big fish in small ponds' project The Best Water Skier in Luxembourg. Keith's just back from meeting the most powerful politician on Alderney and is now preparing to meet the top heavy metal band in Botswana ... 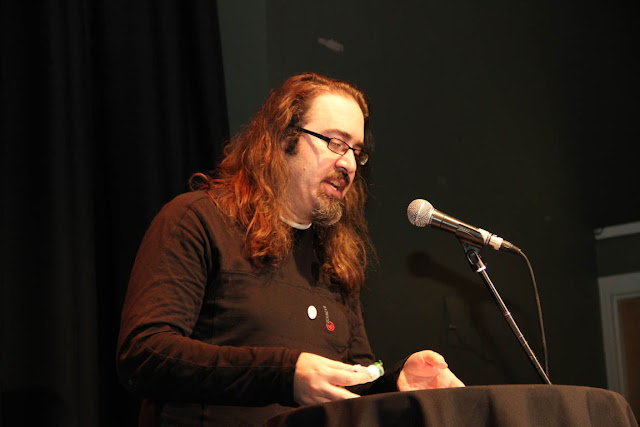 Closing off the first half with his usual thump and gusto was performance poet George Chopping, author of the rather brilliant Smoking with Crohn's. 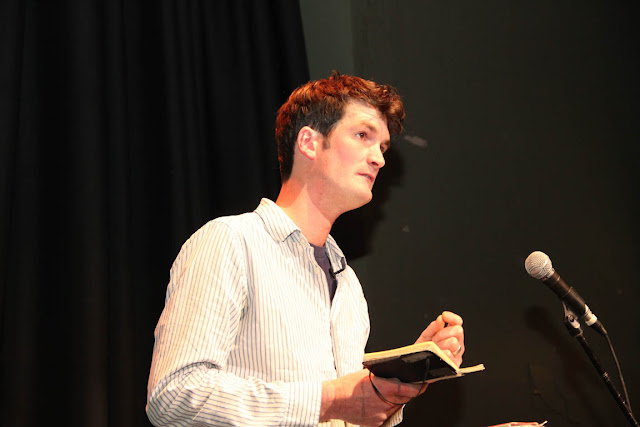 The second half kicked off with me talking about police work, fruit and the structure of the universe; all part and parcel of my new book, Constable Colgan's Connectoscope ... 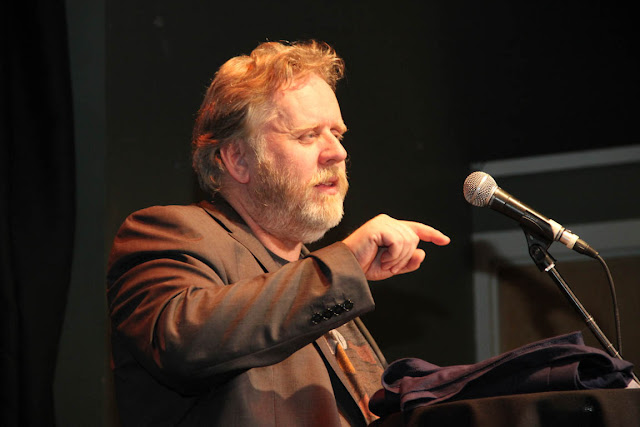 Jessica Jones then told us all about her bittersweet memoir The Elegant Art of Falling Apart; an often hilarious, occasionally tearful account of how she beat breast cancer, survived broken relationships and a breakdown to become the strong, witty, wonderful lady that she is. 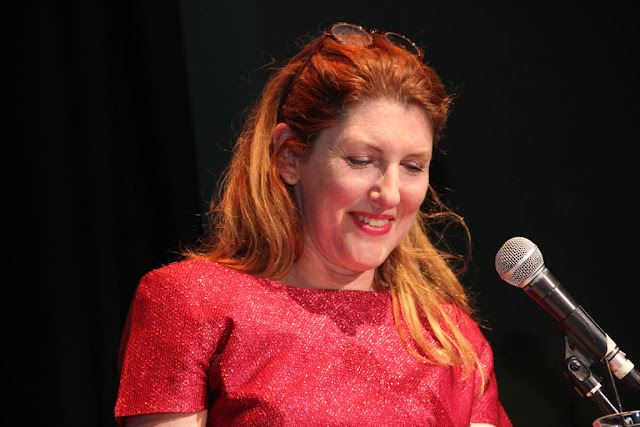 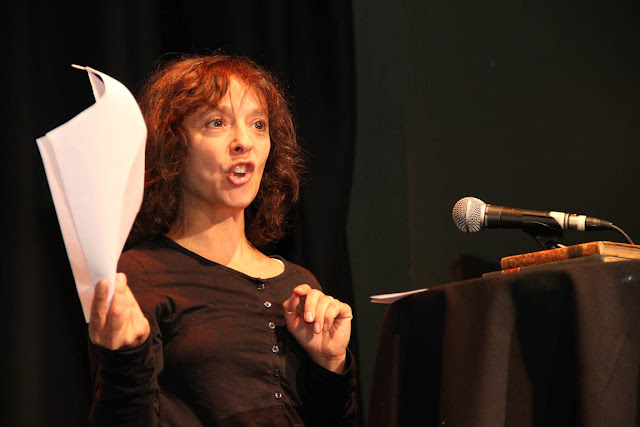 Penultimately, Benet Brandreth and Robert Hudson gave us a sneaky preview of the next series (and future Unbound book) of Warhorses of Letters, the acclaimed BBC radio comedy  ... 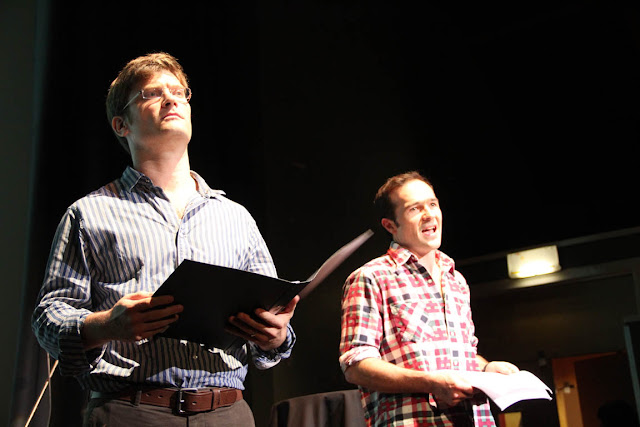 ... and we were serenaded on our way by a fantastic acoustic set from Luca Serino and Harry Shearer of The Fireflies. 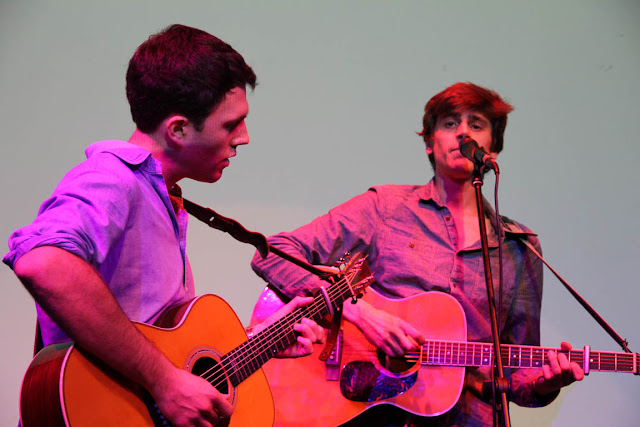 Another wonderful event to be part of. I hope that everyone's book does very, very well (and that The Fireflies get a music deal and the great producer they deserve)!