Hello all. I do apologise for the sparsity of recent blogposts and Twitter silence. It's been a busy time with various events and projects vying for my attention. It's also been a time of self-reflection which resulted in me given my lifestyle a damned good seeing to. Nearly a month on from when I wrote this blogpost, I am a stone lighter, have got my eating habits under control and feel 100% healthier and happier. My hair is also 7 inches shorter. Maybe that accounts for some of the weight loss. 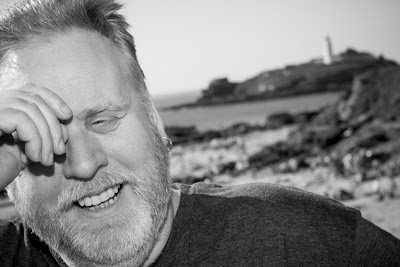 I'm also a year older as today is my 51st birthday.

The 11th of August isn't an especially auspicious date but it's the only birthday I have so I have to make do. I share it with Enid Blyton, Alex Haley, Joe Jackson, Hulk Hogan, Ashley Jensen, Jah Wobble, comic book artist Jim Lee and Ian McDiarmid, the chap who played Palpatine/The Emperor in Star Wars. In 3114BCE, it was the date that the Mayan Long Calendar began; the one that a few ill-informed conspiracy loons say predicts the end of the world in December this year (the great thing about End of the World nutjobs is that, if we really do all go down the cosmic plughole, they don't get to be all smug and 'I told you so' about it). The 11th august 1968 marked the last working day for the last ever steam train operated by British Rail. Other than that, it's a pretty unremarkable date. Famous deaths on this day include Peter Cushing in 1994, Jackson Pollock in 1956, Hamnet Shakespeare (Will's lad) in 1596, and the excellently named Wilfred the Hairy in 897. It is the feast day of Saints Attracta, Gaugericus, Susanna, Taurinus of Évreux, Tiburtius, Chromatius, Clare of Assissi (patron saint of telephones, laundry and eye diseases), Philomena (sterility, lost causes and virgins), and Fiacre (VD sufferers, haemorrhoids, and taxi cab drivers). So that's nice.

When I was born, Mars was the closest it had been to the Earth in centuries (a fact my late father would often use as a good reason to suggest that I originated 'elsewhere') so it's rather splendid that the Curiosity Mars Rover managed to land safely on the Red Planet just a few days before my birthday. My birth was also marked by showers of meteors. And, indeed, when I stepped outside at Midnight last night to see the International Space Station pass overhead, I was delighted by the many meteors I saw. What a lovely way to see in my 52nd year on this incredibly special planet.

So, what's happening in the year to come? I plan to get ever smaller for a start. I still have a staggering six stones (84lbs or 38.10kg) to lose but I did have over 100lbs to lose so I'm well on my way. No fad diets or starvation either. This is sensible eating, understanding food and more exercise. It's not rocket science.

I'm going to be doing some more research/writing for the fifth series of The Museum of Curiosity soon. I thoroughly enjoyed working on episode one, which was recorded in July. The other five episodes are being recorded in September and it'll be great working with Jimmy Carr and John Lloyd again plus all of the fantastic guests that producers Rich Turner and Dan Schreiber have lined up. Beyond that, there's some work for QI and I'll be doing several talks. Plus I've been asked to be a speaker at next year's QEDCon in April. This year's was excellent by all accounts - sadly I couldn't go as it clashed with the Ig Nobel Prizes British Tour of which I was a part. So I'm really looking forward to that. I may even do my first stint at Edinburgh next year too. I've been writing and developing a show for a year or so now and I reckon it's just about ready. I'll do a few dry runs later this year to test the water.

Then, of course, there's the new book. It seems to be stuck on 33% but, then again, nothing seems to be moving on Unbound at the moment due to the Summer holidays. But I'm a third of the way there and, rest assured, once the kids are back at school and people are looking towards Christmas, I'll be whoreing my junk around like a $10 hooker.

A year older but no change there then.