Last year I was at the Edinburgh Festival and made a point of going to watch Holly Walsh's show Never had IT. I'd met Holly earlier in the year after Graham Linehan had put us in contact. Holly was working on a script for a new TV comedy pilot and needed some policing procedures advice. She's a charming and very funny lady. Anyhow, as I was in Edinburgh to do a show with John Lloyd and some QI/Museum of Curiosity colleagues, I popped along to see her. The show, as I'd expected, was very funny and was a kind of autobiography, highlighting her natural geekiness and nerdity. But one section of the show stood out - the section on her fascination with marginalia. It sparked an interest in me too and I've been seeking it out ever since.

Marginalia is a posh name for 'Mediaeval doodling'. In the days before printing presses, books had to be meticulously copied by scribes; often people who had taken holy orders. The monks and nuns would also be called upon to illuminate the books and manuscripts with coloured illustrations and fancy capital letters. And, just occasionally, presumably out of boredom or mischief, they would doodle in the margins - hence marginalia. Sometimes they wrote poems and prayers. Other times they drew pictures, and a few were hilariously rude and imaginative. Like this knight fighting a snail ... 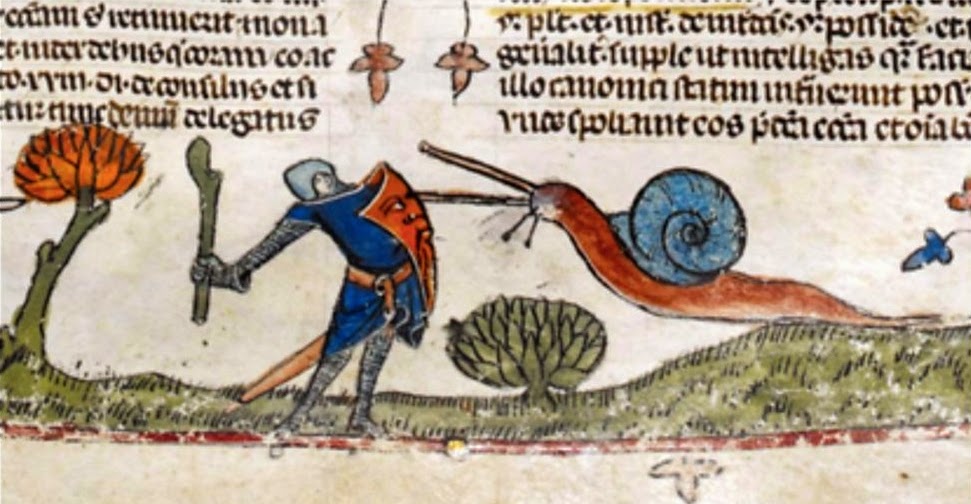 And this guy squaring up to a savage rabbit. 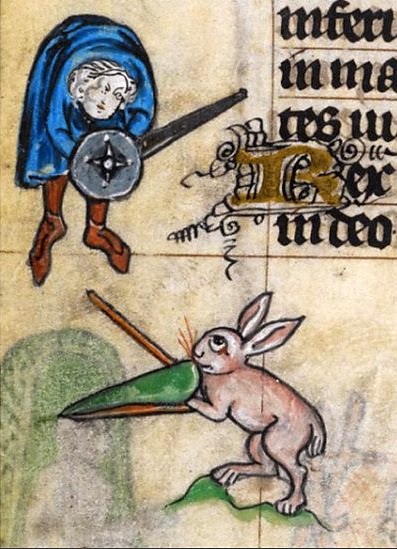 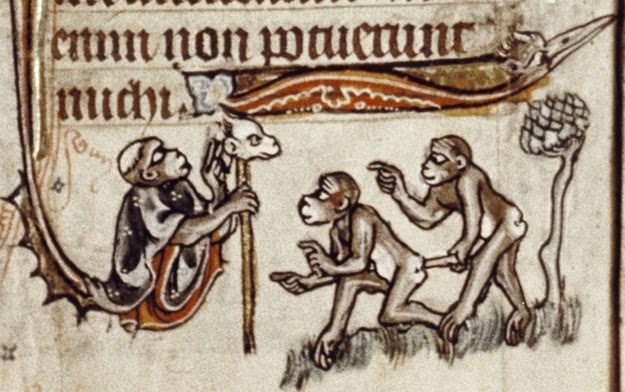 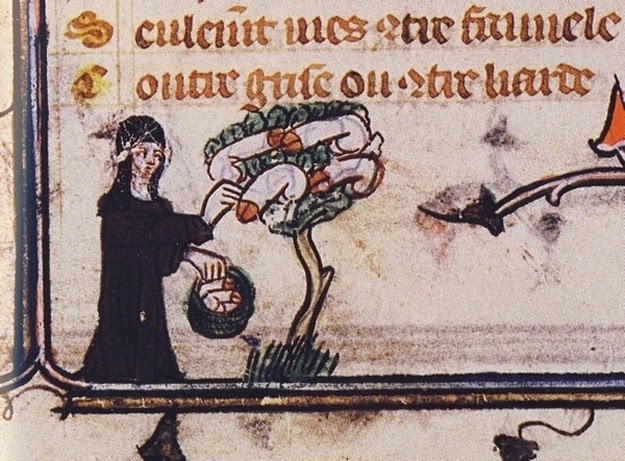 And a chap giving himself a prostate self-examination outside the chess club meeting. 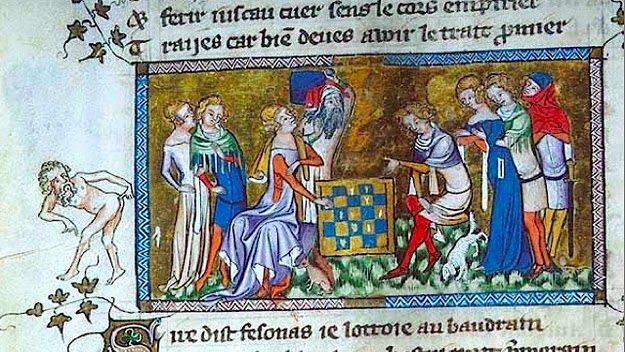 Here's a mermen having his pile ointment delivered by arrow ... 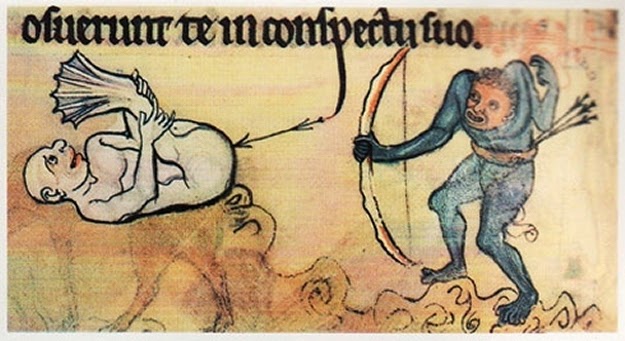 And a rabbit with a big chopper. 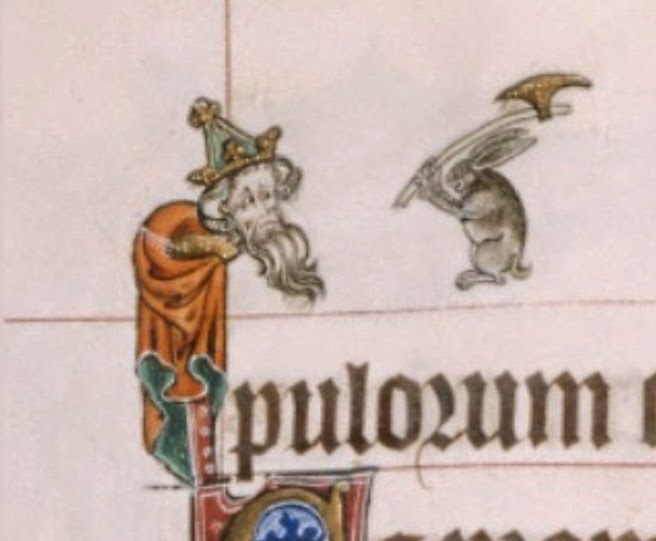 And here's proof that Jedi master Yoda really is old. 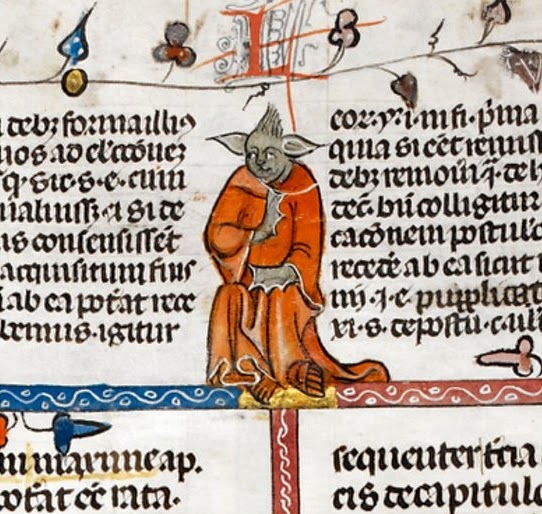 See why I love this stuff??

LOADS more to be found here at Got Medieval?
Posted by Stevyn Colgan at 00:24