The Ever Increasing Size of Godzilla: Implications for Sexual Selection and Urine Production 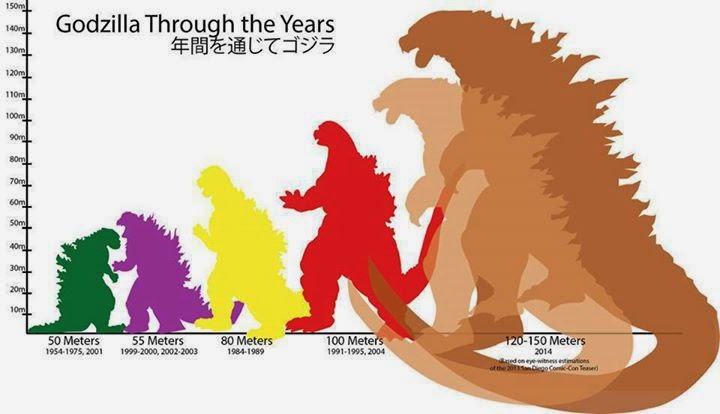 This increase in size within a group of animals through time, i.e. larger species and larger species are constantly showing up on the evolutionary state, is a well known rule of biology. We refer to this pattern as Cope’s Rule, named after an American paleontologist Edward Drinker Cope. At broad levels, Cope’s Rule is definitely true. The start of life on this planet was microscopic and now we have whales and redwoods. However, a mixed bag of patterns of increasing, decreasing, and no change is body size is seen in organism as diverse as molluscs and mammals. Even within a single group like mammals, some groups like rodents show little change with time, while whales get larger with time, and horses get both bigger and smaller. 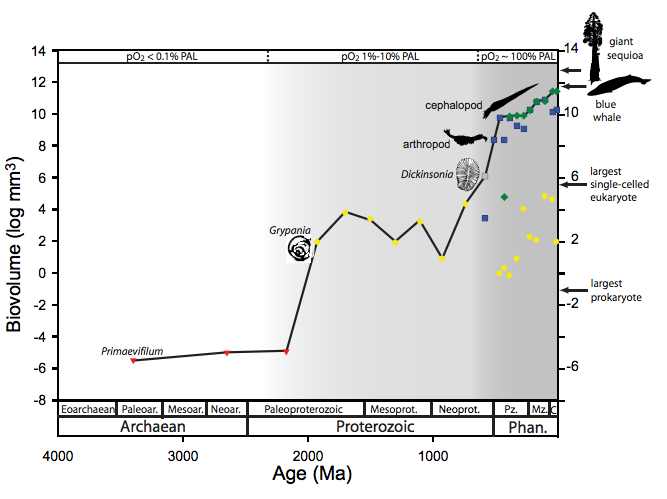 Godzilla appears to be following Cope’s Rule. So how big will Godzilla be in 2050? Rhett Allain at Dot Physics calculates this to be 170 meters. But I, as nerds debating meaningless things will, disagree. Allain appears to use multiple dates for each iteration of Godzilla. For example, the 50 meter Godzilla occurs in movies from 1954-1975 and again in 2001. In Allain’s plots, 50 meter Godzilla occurs in 1954, 1960, 1970, and 1991. This artificially weights the analysis and treats separate iterations, i.e. species, of Godzilla the same as a single individual of the same species of Godzilla. To restate, different sightings, e.g. different movies, of the same individual of Godzilla are put into the analysis multiple times even though they are presumably the same individual. I prefer to use a standard paleontological method, specifically the size at first occurrence. 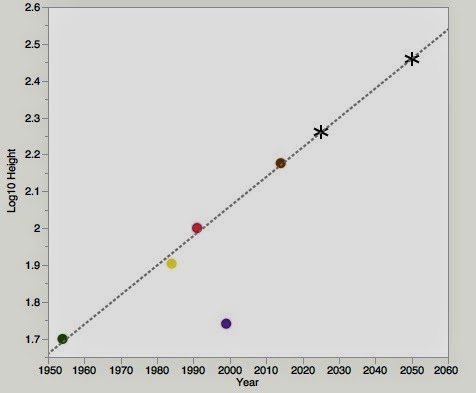 So redoing the analysis, I first find no actual statistical increase in size with time. That is because the second smallest Godzilla, 55 meters, did not appear until 1999 (purple dot in the graph), the regression between size and time is not significant with this point included. I am also not sure why the artist of the plot decided to place the 55 meter purple Godzilla out of temporal order. If purple Godzilla is thrown out of the analysis we get the equation: 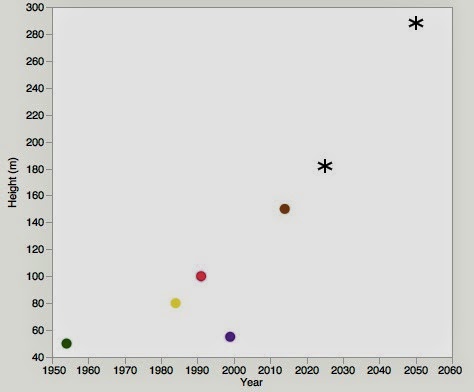 So why is Godzilla obtaining ever larger sizes with time? Skyscrapers. Skyscraper height has increased dramatically over the last century. For Godzilla to continue to plow through buildings in major metropolises, a more formidable size is needed. Of course this size change can only be evolutionarily adaptive if it changes the fitness of Godzilla, i.e. in the simplest case the number of offspring passed to the next generation. If Godzilla is able to topple buildings this might allow for greater acquisition of resources in this case food in the form of people. This would increase the lifespan of Godzilla allow for more reproduction or allow for greater amount of energy to be passed to the offspring increasing their rate of survival Or perhaps toppling buildings is a sexual display that sexual partners cue on. Sexual selection! 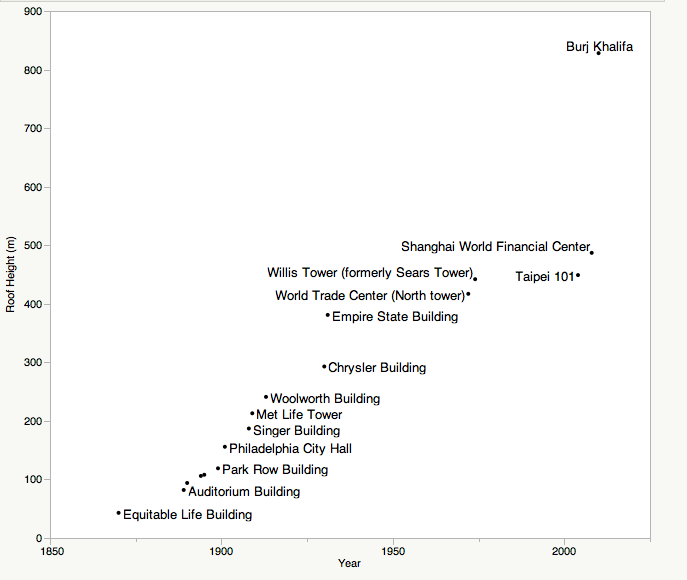