This is taxidermy on an unparalleled scale. Cai Guo-Qiang’s Falling Back to Earth, on display at the Queensland Art Gallery, features installations of 99 replicas of animals drinking from a pristine lake; 99 wolves leaping en masse and colliding with a glass wall and a suspended 31-metre eucalyptus tree, creating a space for contemplation. It's mad. But amazing. 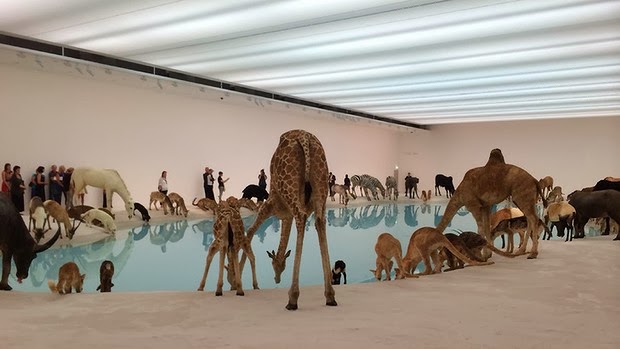 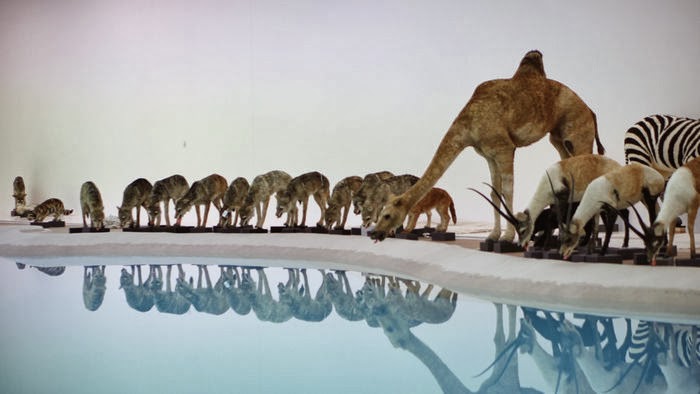 Cai Guo-Qiang said the exhibition title Falling Back to Earth was inspired by fourth-century poet Tao Yuanming's well-known prose poem, 'Ah, homeward bound I go!': 'The text captures the concept behind the exhibition, and expresses the idea of going home, returning to the harmonious relationship between man and nature, and re-embracing the tranquillity in the landscape,' he said. 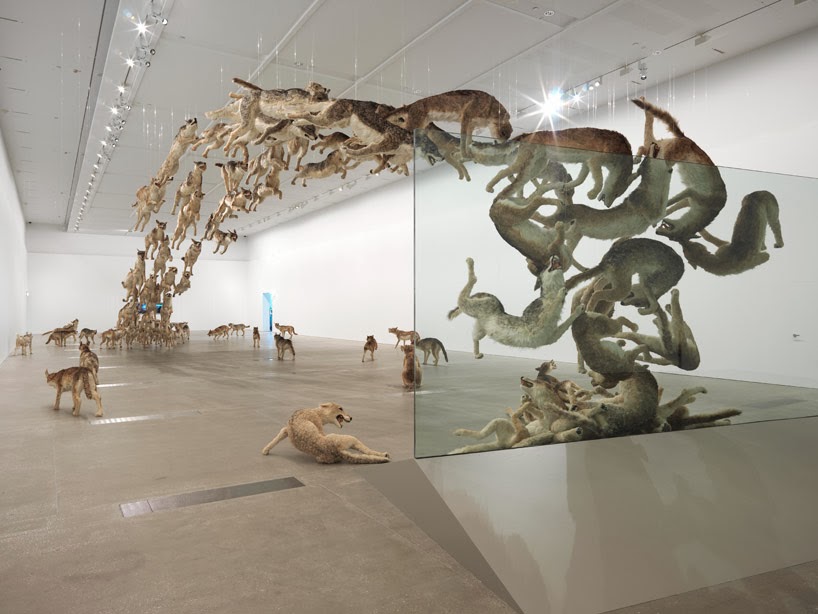