The Albert Memorial is one of those things that I've often seen while passing by in a bus or a taxi. Or it's been there, lurking in the corner of my eye, while visiting somewhere nearby like the Royal Albert Hall or the various museums in South Kensington. Despite having lived or worked around London for more than 30 years I'd never actually visited the monument before. But today I was due to film a short video with the publishers Unbound in Kensington Gardens and they'd decided to rendezvous at the memorial. And I'm glad they did. I got there a little early and had a chance to have a damned good look at it (click on the photo to see larger versions): 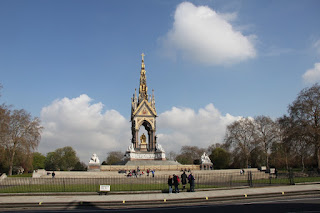 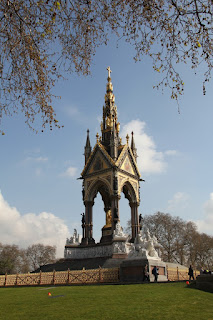 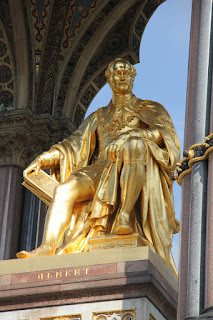 It's an extraordinary, completely over-the-top, Gothic Victorian explosion. And it looks beautiful having recently undergone a massive restoration. There's gold everywhere, most notably covering John Henry Foley's and Thomas Brock's sculpture of Prince Albert which, for many years was black. All around the base there is the 'frieze of Parnassus' depicting 169 individual musicians and poets on the south side, painters on the east, sculptors on the west, and architects on the north. Henry Hugh Armstead carved the figures on the south and east side and John Birnie Philip carved the others. At the four points of the monument are magnificent group sculptures built around a large animal and representing the four great continents of the British Empire: Africa, Europe, America and Asia. Australasia doesn't feature as modern Australia only came into existence in 1901. 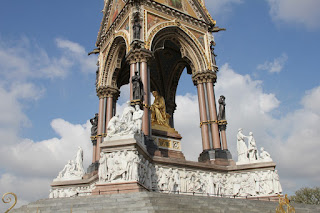 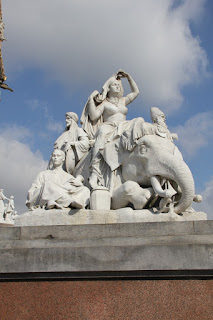 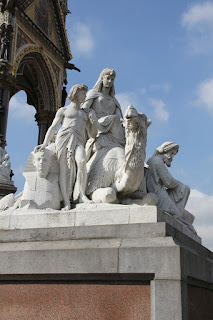 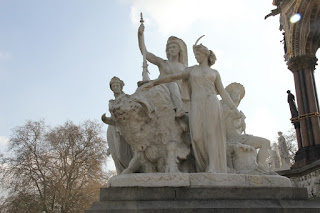 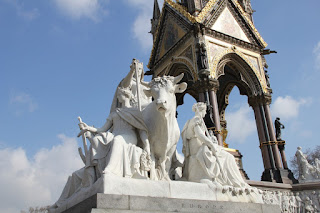 There are additional allegorical figures around the central 'Albert' area that represent agriculture, commerce, engineering and manufacture. And then there's that amazing, church spire-like ciborium that sits over the top of it all, decorated with beautiful inlaid Italian mosaics and even more friezes. Above that there are gilt statues of figures representing the sciences: Astronomy, Geology, Chemistry, Geometry (on the four pillars) and Rhetoric, Medicine, Philosophy and Physiology (in the four niches). Higher still there are eight figures that depict the moral and Christian virtues: Faith, Hope, Charity, Humility, Fortitude, Prudence, Justice and Temperance. Then, right at the top, there is a large  gold cross and a gang of angels raising their arms heavenwards. 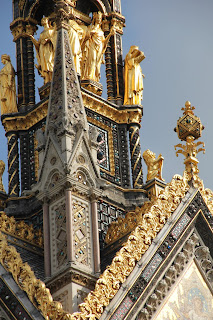 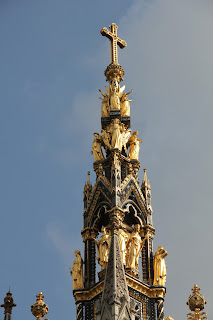 Following the restoration, the monument has been fenced off from the public but even the fence is a thing of beauty with golden curls and finials that mirror those on the monument. 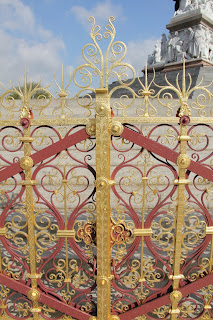 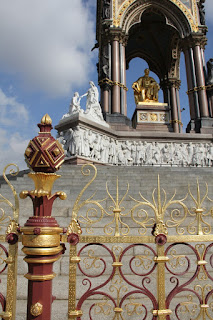 The Albert Memorial is probably the closest thing we have in the UK to the Taj Mahal; a huge public statement about love and loss. Victoria commissioned Sir George Gilbert Scott to design and organise its construction in 1862 and it took 10 years to complete. The cost was around £120,000 which would equate to something like £10 million today. And yet the whole thing was paid for by the public. This was a nation mourning the queen's consort. Can you imagine that today?

Now, the reason I was there, as I said at the start, was to film a short video with Unbound. I won't reveal too much yet but, suffice to say, I will have a new book out shortly. As a teaser, here are a few photos from the day. 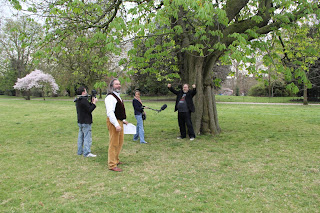 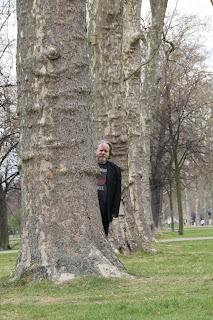 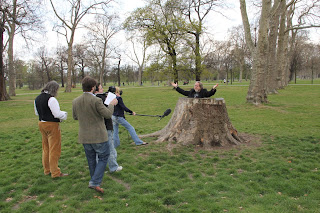 Watch this space for more news ...
Posted by Stevyn Colgan at 12:06